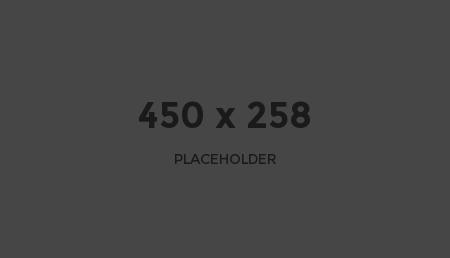 If you’re looking for something that’s actually a bit of a mix between a savings account and a checking account you need a money market account. These accounts have high interest, in most cases, higher than a savings account. Of course, different banks offer different things.

Other benefits include being able to write checks and even being able to get money through an ATM card. Because of this system, it’s easy to get the money that you need, when you need it. It’s important to note that you won’t get this with every money market account, however. You may have to make requests to get the extras that you really want.

Interest is one of the most important parts when it comes to saving money and with a money market, you can make more interest than with a savings account.

It’s important to note that there are some rules and stipulations with these types of accounts, however. Banks generally require you to have a certain amount stored away in that money market account, whereas you don’t have a minimum for savings. For some accounts, it could be just a couple hundred dollars but others may require upwards of several thousand dollars.

How About a CD?

Have you heard of CD’s before? CD is short for ‘certificate of deposit’ and it means that you give the bank a certain amount of money for a set amount of time. That set amount of time is the ‘term’ of the CD. So, when you give that money to the bank they get to use it however they want and in return, once the term is up, you get the initial money plus interest back.

Since a CD will lock your money in for a set amount of time you should buy them only with money you won’t need for a while.

What it Really Does

When it comes down to it, you’re making a loan to a financial institution (or the government) with a CD. You’re agreeing to let them use your money for a set period of time that could range from six months to six years (or more) in exchange for getting a higher-than-normal interest rate.

Generally, you’re going to get even higher interest rates the longer you agree to let the bank use your money. That means a six month CD will pay you less than a six year CD. If you really lucky you may be able to even get into one of the 3% APY CD’s that are currently going on with 5 year terms. What’s even more important is getting a CD where the rate is fixed rather than variable. A variable rate can change over the life of the CD (which means it can go down), while a fixed on stays the same as you originally agreed.

We’ll talk about some of the other information in a minute, but let’s take a look at how the CD closes out. What happens is your CD is going to ‘mature’ when it reaches the agreed upon date. At some point before full maturity, you’ll probably get a letter or an email that lets you know that your CD is almost complete. You get to decide what to do about things at that point. If you don’t make a decision then you could find that your CD is ‘rolled over’ into a new CD with the same terms.

1. Bump Up Your Interest with a CD

If you’re looking for the better interest you’re going to want to look at a CD to help you along. You commit to a set time period and you’ll earn better interest than with other methods of short-term ‘investment.’ You may even be able to get one of the current top five-year CD’s, with a rate of over 3% APY.

Of course, a money market account has its perks too because they have some of the good from a savings account and some of the good of a checking account. You can earn interest on these accounts like with savings, but you’ll get better interest usually. It’s going to depend on just where you decide to set up shop, however.

2. Limited Withdrawals with a CD

When it comes to your money market account you actually can make withdrawals, though the number is limited. Still, if you have an emergency or for some reason need to make extra withdrawals you can still do so, you just pay a fee for the privilege. It can be a bad idea however, since your interest can be countered or even fully eliminated by the fee you have to pay to get the money.

On the other hand, a CD is an agreement by you not to touch the money. Ever. If you take any money out of the account during the term you agreed to you’ll have to pay a penalty right from the first time. There’s no telling what that penalty will cost you either. It depends on the amount, the time you pull it and the bank you set things up with.

Have you ever thought about the point of your savings account? It’s there to keep you from spending the money, right? That’s why you generally get a lower minimum than you’ll find with other accounts (including money market accounts). You may no even find any minimum.

When it comes to a CD you’re actually going to have a similar situation. You’ll find that there are no minimums (depending on which financial institution you decide to set up with, that is).

If you really want to get the interest and the benefits however, you’re going to want a money market account, and those do have a minimum. Even worse (for you at least) is that the minimum could be upwards of several thousand dollars.

If your biggest concern when choosing between the two types of accounts is safety then you’re in luck. Both of them are relatively safe. Some people don’t really like sharing their personal information with anyone, but sharing it with a financial institution is going to help you in the long run.

What you can feel confident about, however, is that your accounts are insured by the Federal Deposit Insurance Corporation (a department of the government) up to $250,000. Plus, you don’t have to do anything to opt into this service and there are no fees.

So, What Do You Want?

Now that you know a little more about each you may be curious about which one is the best option for you. So, what should you do?

If you’re not going to need your money for at least a little while you can put it into a CD because it’s going to give you a little more interest but still be somewhat accessible. You can even get involved with a CD ladder to make sure you’re building your money and getting some great interest at the same time.

Finally, with a money market account, you’ll have the ability to spend and to get the interest that you’re looking for, a great balance of both worlds.

The post “CD or Money Market Account: Which Of Them Is Better For You?” was originally published on The Smart Investor, is a free online academy having guides and tools to help you make consumer spending decisions.

Other Courses by William David

You have successfully enrolled...

Congratulations! Your account has been created successfully. Click OK to proceed to the Understanding Money Market Accounts.

Maximum enrollment limit for this course has reached. Contact the course instructor.

You're signed up for Understanding Money Market Accounts

Thank you for purchasing. The full version of this course is now unlocked.

Text color has been changed successfully.

Please login to get this course Understanding Money Market Accounts.